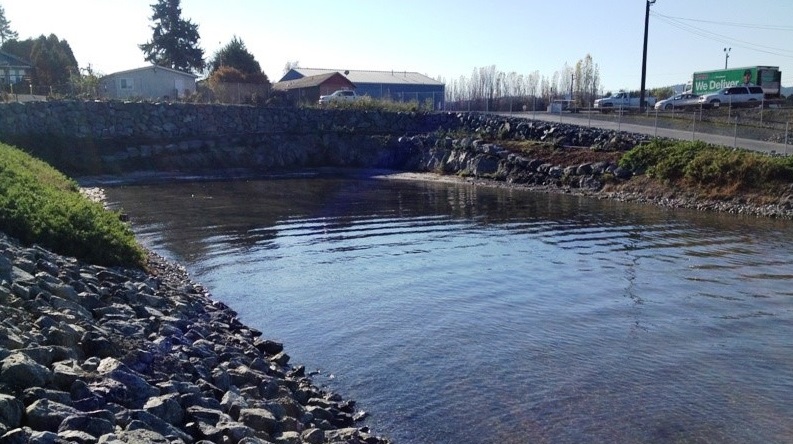 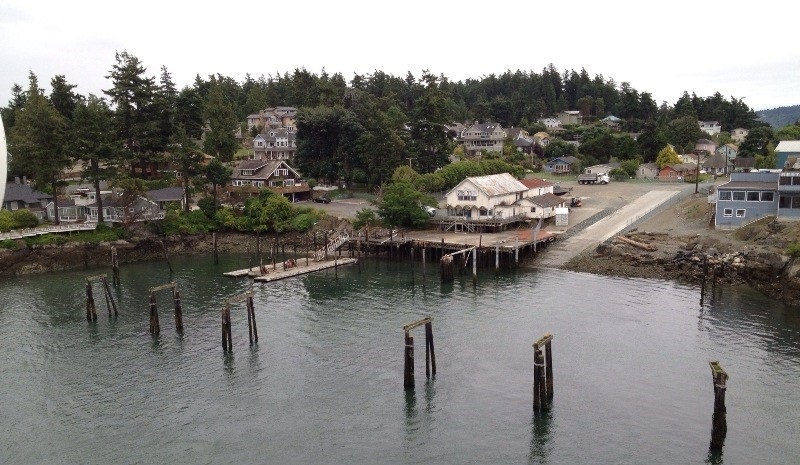 Wyman’s Aquatic Habitat was designed to fulfill mitigation requirements for the Port’s Project Pier I Redevelopment. Sources of contamination were from boat maintenance, engine repair activities and underground fuel storage tanks. Cleanup and construction of this compensatory mitigation site was completed in January 2014.

The construction of this mitigation site involved excavation and disposal of approximately 13,550 cubic yards of upland and intertidal material along the southern shoreline of Guemes Channel to provide high quality intertidal habitat for juvenile salmonids. This activity included excavation and disposal of upland contaminated soil as part of Ecology’s Voluntary Cleanup Program (VCP).

The restoration of shoreline’s ecological function also occurred through the removal of the existing pile supported pier, fuel dock, gangway, bulkhead and concrete and asphalt debris from the shoreline. In total, the removal of these structures and debris eliminated approximately 9,922 square feet of materials for the development of this fish and wildlife habitat. This fish and wildlife habitat was constructed through the conversion of uplands to intertidal and subtidal habitats, and the functional objectives for this mitigation site included providing: 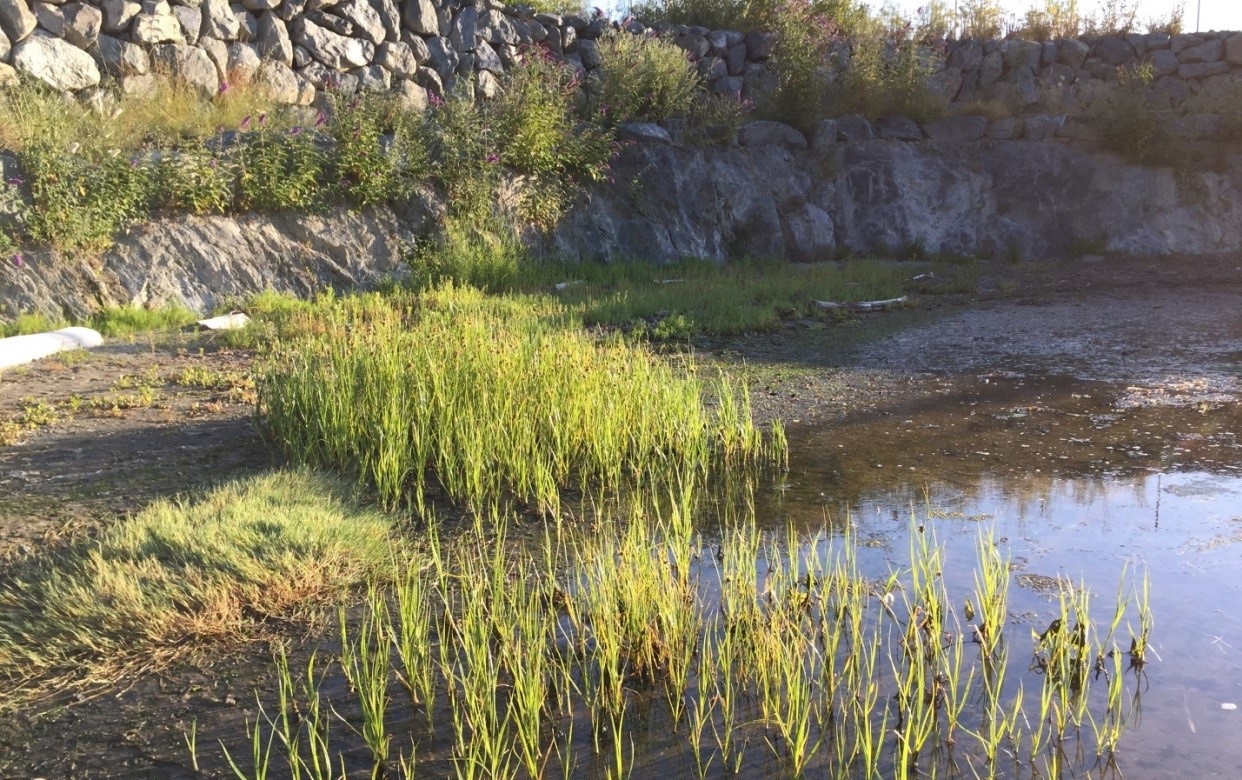 Juvenile salmonid species and other forage fish species have been repeatedly observed during beach seine monitoring efforts. This aquatic site is providing a wide variety of habitats and actions that will result in a high level of functions by providing habitat types that are extremely limited in Guemes Channel.