Port of Anacortes District 3 Commissioner Joe Verdoes announced his resignation from the Board of Commissioners during the regularly scheduled commission meeting on Jan. 5.

Commissioner Verdoes, who is serving as President of the Board this year, cited health concerns that obliged him to leave the commission after seven years of service to the Port and community. His resignation takes effect Feb. 1, 2023. Commission Vice President Jon Ronngren will take over the role of President on an interim basis.

“I am sorry to leave my office as Commissioner and President of the Board this year,” said Verdoes. “I am very proud of all we’ve accomplished and am confident the Port will continue to achieve great things for Anacortes and our region.”

“Joe Verdoes is a thoughtful, measured and respected commissioner and community member who has served Anacortes for many years, including his time with the Port,” said Executive Director Dan Worra. “His experience and hard work supported the growth and diversification of businesses here at the Port, helping provide jobs and economic benefit for our entire community. We are grateful for his friendship and contributions and wish him very well as he takes time to care for himself.”

The Port of Anacortes is working to fill the District 3 seat that will be vacated by Commissioner Verdoes. Per state law governing vacancies in local elected offices, the Port commission will appoint a qualified candidate for this non-partisan position. The process may include advertising the vacancy, accepting and reviewing applications, and interviewing and appointing a qualified applicant.

Learn more about vacancies in local elected offices, including applicant eligibility and qualifications, in RCW 42.12.

Commissioner Verdoes was elected to the Port’s Board of Commissioners in 2015 and re-elected in 2019. He is self-employed as a Puget Sound commercial fisherman and local businessman. Before joining the Port’s Board, Commissioner Verdoes was a member of the Port of Anacortes Marina Advisory Committee for seven years. He has a bachelor’s degree in Business Administration from the University of Washington and a master’s degree in Developmental Studies from Deakin University, Geelong, Australia. Before becoming a commercial fisherman in 1994, Mr. Verdoes was employed as an Economic Development Officer for a small Australian community and operated a dairy farm in Mount Vernon. 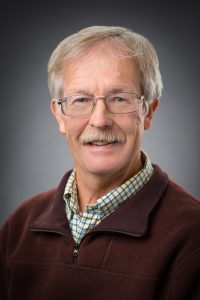