We are excited to introduce your newest Port of Anacortes Commissioner: Jon Ronngren. A long-time resident of and educator in Anacortes, Commissioner Ronngren’s dedication to our community is clear and inspiring. His position as Director of Personnel and Human Resources at Mount Vernon School District has allowed him some more personal time, which he’d like to invest back into his community.

The new commissioner says, “I look forward to working with my fellow Commissioners to advance the Port’s mission with a commitment to the following ideas – Commerce, Conservation, Community, and Collaboration.”

Commissioner Ronngren isn’t new to working alongside the Port. In his previous position as principal of Anacortes High School, he partnered with us to connect students with jobs at Port tenant businesses. We are confident that Commissioner Ronngren will continue this collaborative work and build partnerships that strengthen our entire community.

He also docks his boat at Cap Sante Marina; be sure to wave hello next time you see him!

We’d also like to congratulate Commissioners Jon Petrich and Kathy Pittis, who were re-elected in 2021 for their second terms. They have been incredible assets to the Port and advocates for Anacortes throughout their four years as commissioners. We are grateful for their service and continue to be inspired by their leadership and dedication to our community’s needs.

Commissioners Bonnie Bowers and Joe Verdoes round out our five-member board. Commissioner Bowers is in her first term on the board, following a 33-year career in public safety and her retirement as Anacortes Police Chief. Commissioner Verdoes is beginning his seventh year as commissioner in 2022, with an even longer fishing and farming career in Skagit County.

We thank our commissioners for their passion, dedication, and service. We look forward to working together to continue supporting a healthy economy and environment in Anacortes and Skagit County! 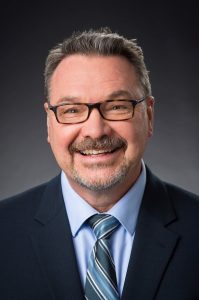