Home > About Us > Executive Director 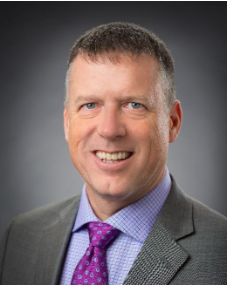 Dan Worra is a native of Rantoul, Illinois. He graduated from the University of Illinois in 1989, with a Bachelor of Arts degree in Economics, and joined the U. S. Navy. During his 24 years in the Navy, he deployed five times and  accumulated over 2,100 EA-6B Prowler flight hours including 55 combat missions, and 640 carrier landings on 11 different aircraft carriers. Dan  worked on two Admiral’s staffs, including a tour at the Pentagon. He earned a Master of Science degree in Financial Management and was named a Conrad Scholar for academic excellence at the Naval Postgraduate School. He also served one year in Afghanistan as the Senior Advisor to the Minister of the Interior, Government of the Islamic Republic of Afghanistan.

After retiring from the Navy, Dan joined the Port of Anacortes as the Executive Director in April of 2015. The Port is a municipal corporation with four operating areas: Cap Sante Marina, the Anacortes Airport, the Marine Terminal, and Properties. Dan loves working at the Port because he believes in the Port’s mission (create and maintain jobs, and make the community a better place) and it helps keep Anacortes a desirable place to live.

Dan appreciates what Anacortes has to offer, and works hard to promote a positive workplace environment. His mantra is “mission, family, work hard, have fun.” He believes in strength through diversity- workplace diversity, community diversity, national diversity. He states quite simply, “we all have different strengths, and through communication and understanding, we can accomplish great things.”

An active volunteer in the community, Dan remains engaged in civic affairs. He is on the Board of Directors for the Pacific Northwest Waterways Association (PNWA),  the Economic Development Alliance of Skagit County (EDASC), and the Anacortes Chamber of Commerce. He also serves as Chairman on his church’s Stewardship Committee.

He is married to the former Carrie Grant of San Mateo, California. They reside in Anacortes and have two children, William and Carmen